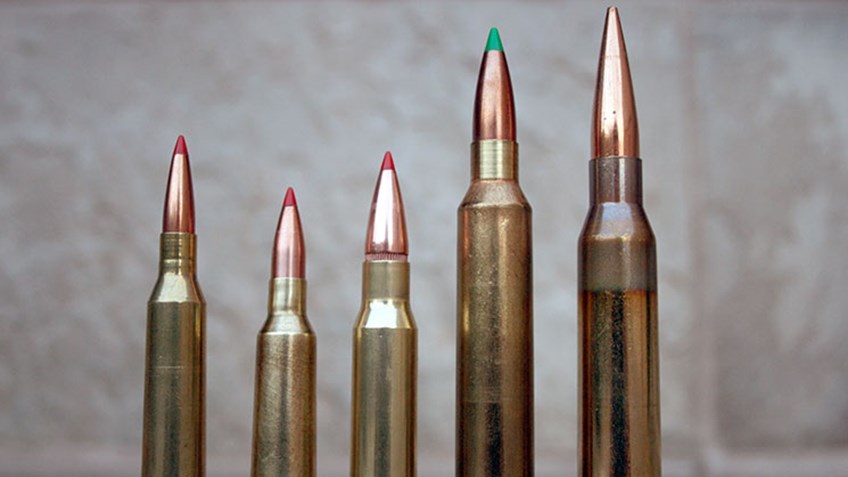 Presently, long range shooting is suddenly become all the rage especially for varmint and even big game hunting. Over the past three decades, the list of cartridges that best befit this type of shooting were rather different as compared to now, particularly for big game hunting. This is mostly due to the dawn of more intricate rangefinders which revolutionized the range estimation art into a sophisticated science, buyable over the counter. Even so, the wind still remains as is and thus, the finest way of combating the wind is shooting a bullet that has a high BC (Ballistic Coefficient) as fast as you can. Furthermore, high BCs are not only drift-free in the wind but changes in environmental conditions have an insignificant effect on them. Nevertheless, cost and recoil count, and thus, keeping in mind the four variables, here are the top 5 cartridges currently for our favorite discipline of hunting and long range shooting:

For long range contests, the RUM may probably fall short of winning but when it comes to general hunting of big game it is not an easily beatable cartridge. The recoil of a Nosler Accubond 200-gr bullet may be a bit excessive but I bet you will be impressed by this case’s accuracy. It has a .588 BC with 2.0 MOA drift at 400 when launched at 2975fps and at 800, the MOA gets to 4.6, which is quite stunning.

The most attractive edge of this cartridge is that it goes easy on the barrels, giving you amicable practice to call the wind. It hunts better than the .260 Rem and the 6.5 Creedmoor, which are both excellent pieces. A Browning X-Bolt Varmint Stalker has a .480 BC at 2600fps with the .308 Win. At 400 and 800 yards, the wind drift has an MOA of 4.1 and 7.3 respectively.

This is a highly appreciated cartridge among inner circles of position and F class shooters. It easily launches a 105-grain Berger Match Hybrid Target at 3000fps with a .545 BC.  At a 400-yard distance, the wind drift has an MOA of 2.1 and at 800 yards, the MOA is 4.8. At best this is a proposition of a custom rifle, you can still find some factory rifles available for this.