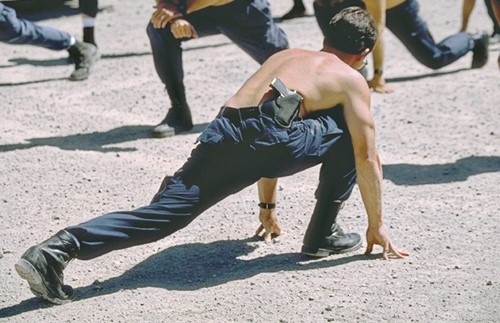 If you are a fan of pulling people from a burning or collapsing building, jumping out of planes and kicking down some doors, there is a good chance that you are more interested in tactical fitness rather than attaining a ripped form like Hugh Jackman or Channing Tatum.

Indeed, when it comes to attaining tactical fitness, your focus should not lie on the size of your biceps or having six-pack abs. Instead, you are supposed to focus on how you can insert about six miles while having something like sixty pounds loaded on your back.

Essentially, tactical fitness comes down to how practical you are going to be. It is also quite valuable even to the individuals who aren’t in operational careers mainly because of its foundation is based on survival skills and survival fitness.  You need to have the ability to perform under high-risk or dangerous circumstances, for instance swimming ashore in case you fall overboard or pulling a workmate to safety when a fire breaks out.

Tactical fitness can be broken down into a three-tier system according to Stew Smith, who us an ex-Navy Seal officer turned writer. He categorizes these stages as:

To: getting you in shape for performing during training or for a specific test.

Through: what takes place in the course of the training

Operational: performing the task itself

Every step has some specific goals and benchmarks that are ultimately determined by what you want to achieve out of the training.

Going To The Training

Going Through The Training

The moment you get to the training event; you must focus on the tasks that you are going to be tested in. You are supposed to identify the main components of your training and put effort on those. For instance, if you are making preparations for an intensive obstacle test with some barbed wire and blazing tires right at the finish line, then throwing in some agility training in the mix is definitely a great idea.

Going Through The Mission Or Operation

As you train for an event, you may feel like you are a strength trained triathlete. However, when it comes to the actual mission or operation, you may realize that you may not be doing as much running, swimming, strength training or cardio as you were initially.

When you are training for tactical fitness, there is one thing that you must remember. Athletes are only required to be great at one thing; for instance, a swimmer doesn’t have to be a great sprinter. Tactical fitness does not focus on specificity; it focuses on versatility.